As human beings, we are handicapped with memories that are only as long as our lives.  Thanks in part to TED talks by the late Hans Rosling I’ve learned to remember beyond my lifetime. Hans Rosling’s talks have helped me formulate a world view, or more specifically, a view of my world that focuses on the positives. Today is the best time to be alive almost everywhere in the world, but we focus a lot on the negatives. The following is a list of examples of things most (if not all) people didn’t have 200 years ago.

In short, there’s no better time to be alive than today. Life sucks a lot less than it used to. This post has an Eeyore kind of tone because I’m that kind of person and I hope this finds other Eeyores out there.

Your turn. What’s your list of awesome things that weren’t as good 200 years ago, or didn’t even exist. Post it in the comments below.

You can bottle the fresh rain smell?!

If you were having coffee I would ask you what your favorite smell is? Some people like the smell of freshly mown lawn whilst for other that just reminds them of allergies, I know people fascinated by the smell motor oil too…..

My favourite smell, is the smell of the wet earth, when it starts raining, especially after a very long time. Sometimes, if you are lucky, you can catch a whiff of it just before the actual rain reaches you, the breeze, carries with it, the promise of rain.

If you were having coffee with me I would tell you that it has a name, it’s called PETRICHOR the scent of the rain. The word is a combination of the greek words Petra– which refers to rock/stone and ichor which means the fluid that flows in the veins of the gods.

Petrichor is the blood of stones…

“Do you feel like you are a girl, a boy or do you not know yet?”

My nephew, Mhiko, needs help raising funds for heart surgery. Whatever little you can give will go a long way in helping him. Click the button “Green Hearts For Mhiko” to see how you can contribute.

On the 16th of January 2018, Mhiko and his friends were outside during their morning break at school. Everything seemed normal and they were all in a good mood. All of a sudden Mhiko fell face flat, almost comical, and for a brief moment, the boys thought it was a joke. Fortunately, they realised quickly that something was seriously wrong and hastily got help. Mhiko had just gone into cardiac arrest. The nearest ambulance is usually over 8 minutes away, and it can take 6 minutes of no blood flow for brain cells to begin to die.

A couple of emergency medical technicians happened to be in the vicinity on an office errand, with some of their kit! They began a sustained effort to resuscitate Mhiko, and continued after the arrival of the ambulance crew. Mhiko was whisked away to the hospital where further rapid sustained attention ensured that he was stabilised. He spent almost two weeks in the ICU. At one point he had a seisure, a sign of brain damage due to the cardiac arrest. However, all tests and scans show that while he will need to relearn to control his body, his brain is fine and he should make a full recovery.

A visit from his schoolmates shortly after he was removed from life support greatly lifted Mhiko’s spirit, and a few days later he was discharged from hospital on 10 February 2018. He has been recovering in leaps and bounds since he went home, and the worst seems to be over.

While Mhiko was born with a congenital heart defect, the doctors say his cardiac arrest was a highly unlikely event. He was due for an operation in 2019 however due to his condition now, plans for the surgery have been expedited. Normally the first choice for such an operation is India but he cannot go on a long-haul flight in his state. Our only alternative is South Africa which is a lot more expensive. We are appealing for the assistance of family, friends and well-wishers to help fund the costs. Below are details and links to several fundraising platforms that have been set up for Mhiko.

The #GreenHeartsForMhiko hashtag was named after the St Johns college school color. Their support and school spirit have played a big role in Mhiko’s recovery. St John’s College spear-headed all of the campaigns below.

Mhiko’s survival depended on the efforts of too many people to account for and we are indebted to everyone who helped.

Mhiko’s classmates acted with haste and maturity to get help. St John’s college has groomed you into brilliant young men! Your visits are a huge factor in Mhiko’s recovery, please keep coming to see him.

The EMTs of Ace Ambulances never gave up on Mhiko in such bleak circumstances. Thank you for your faith and heroic dedication.

Thank you to the staff of Avenues Hospital gave Mhiko the utmost care, and got him home in an amazingly short time.

Friends and family for your prayers and support. It’s a miracle Mhiko’s alive.

Mhiko passed away on Tuesday the 1st of May 2018 after a second cardiac arrest. The rest of the family and I are still coming to terms with his death. I will write a full post when I’m emotionally ready to do so. Thank you again to everyone your love and support.

I rather like February, there’s something about it…. No it’s not about how the month is themed red, punctuated with hearts and strewn with flowers.

It’s not about how it’s been styled as the month of love, fodder for the creative mind, the poet who feeds equally on the broken hearted and the love struck; promises kept and promises broken.

It’s not because January is finally over. January seems to have way more days than any other month, it’s the Monday of months. Goodbye January, I won’t miss you.

I love February because I am a February baby, it’s written in the stars, poets are born in February. This when my New Year begins.

This year I decided to celebrate my month in style a little gift to my blog from me to me from my blog; feel free to reread that again from the…

When is a coup not coup? Its when the polite army officials assure you on a TV Press conference on the State Broadcaster

To both our people and the world beyond our borders, we wish to make this abundantly clear this is not a military takeover of government. What the Zimbabwe defence forces is doing is to pacify a degenerating political, social and economic situation in our country which if not addressed may result in violent conflict.

Imagine waking up to a 4am press conference by an army spokesman which basically implies they have taken over the State Broadcaster and programming for the rest of the day is reruns of old liberation songs and the press conference on loop. You can read the full speech by military spokesman  Major General SB Moyo here

We live in times of sensational journalism and fake news, rushing…

It’s evening and I’m thinking about tomorrow. It’ll be my day off but I have so much to do. Chores, posts to write for the #BlogTemberChallenge, people to visit, a movie to watch ( an anime film called spirited away ), and so much more.  There’s hardly enough time in a day! I’ll skip supper tonight, hunger makes an early riser. The dark a.ms are my favourite time to wake up, when it’s calm and my mind is sharpest. I’ll do a bit of reading, maybe write a post or two. I should go for a jog at dawn too!

The pleasant smell of supper cuts my musing. I tiptoe to the kitchen to investigate. Spaghetti and mince meat! It looks so good. I can’t miss this, I’ll skip diner tomorrow. 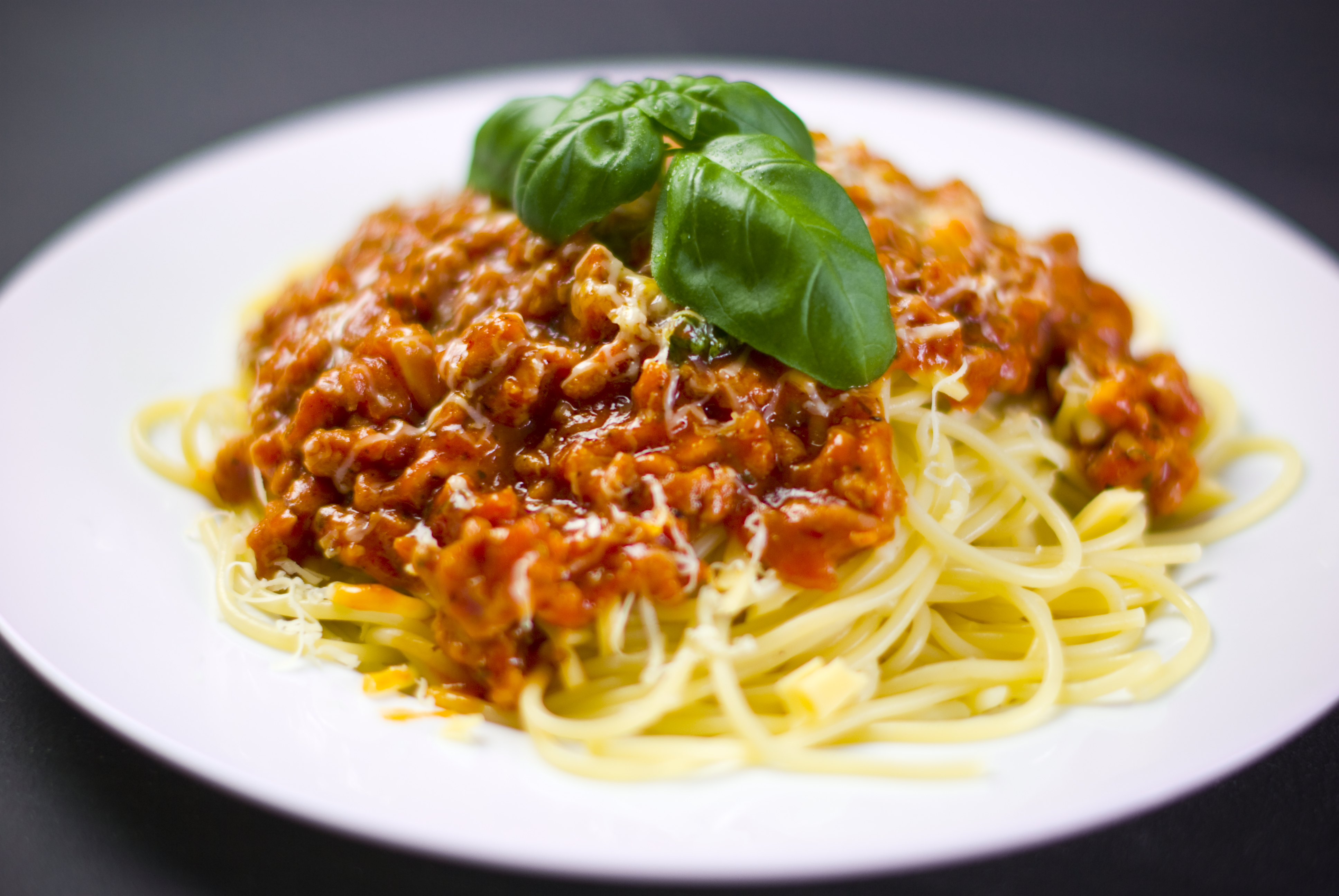 The food was so delicious I had seconds. Now I’m so full I can hardly stand, and it’s my turn to do the dishes tonight. I’ll check my Facebook while the food settles down. An hour of scrolling, reaction emojis, and inconsequential comments pass.

I yawn, drowsy from the heavy meal. Everyone else has gone to sleep. I think to myself “You know what? Just set your alarm for 3am and do the dishes before anyone wakes up.” Solid plan! As soon I’m in my blankets I remember that I hadn’t checked my emails today. I continue pecking at the phone screen for hours. Hopping from app to app. Twitter, Instagram, SnapChat, and eventually Reddit knocks me out at 1am.

A giant bee is chewing my arm. It pulls at me with a rhythmic buzz, buzz, buzz; then it starts to shriek-shriek, shriek-shriek, beep-beep… Ugh I was dreaming. My phone was tucked just below my armpit, hence the bee illusion. I swipe left, snooze. Several snooze swipes later I give up trying to wake up. My eyes are too prickly and my head hurts.

When I eventually get out of bed it’s 7 a.m, a respectable time considering when I slept. I shuffle to the kitchen to do yesterdays chore. I turn the fawcett. The tap lets out a hawking sound, and for a second I’m sure it’s going to spit, it shudders and stops. Great! No water today. I pull out the buckets from under the sink. I’d better hurry to the bore hole before the queue gets too long. No such luck. There’s no queue but there’s a truck with five 200 litre drums, and they just got there. I sit on one of my buckets, elbows on knees, head in hands. It was my job to fill the buckets before the tap water went. That mistake just cost me 2 hours of my life. Good job!

When I get home with the first pair of buckets my mom is up and fuming at the state of the kitchen and absence of water. She doesn’t confront me in case it disturbs the bore hole run. When the bucket trips are done, I’m ready for breakfast. Just as I turn on the stove the electricity goes. The fridge rattles, then sighs with me. I’m done! I give up on today. I’ll do better tomorrow.

Mwanavhu
Create a free website or blog at WordPress.com.